I often see "help wanted" signs -- and get a lot of spam e-mail -- about "secret shoppers."  Clearly this is the perfect job for people who love to shop and who love to keep secrets, and an even better job for those who love to maintain secret identities, like the shopping version of a spy.  Secret shoppers are also sometimes known as "mystery shoppers," a job that I'd like to hold for one day just so I can add it to the top of my resume.  Companies use secret shoppers to determine how certain stores treat their customers because a person wearing a name tag with "Store Evaluator" on it would probably get treated better than everyone else -- and that is not at all accurate.  Trust me: I wear that name tag every time I go shopping and the attention I get is extraordinary...

I can only speculate about the life of a secret shopper since I have never been one and since I have no interest in actually researching it.  The secret shopper's day probably begins pretty early in the morning, right after he or she experiences some secret dreams and eats a secret breakfast (the secret is out: it's Cheerios).  The shopper must then turn off his or her cell phone in order to avoid distractions, and -- just like the FBI or CIA -- must not even tell close family members or friends of his or her actual occupation.  When the secret shopper is asked about employment, the reply should be something realistic and yet sneaky, like:

- "I work in a store.  Don't bother me about this."
- "If I told you, I would lose my secret job and would not be able to shop in the same way, if you know what I mean.  But you shouldn't know what I mean because it's a secret."
- "I don't have a job, so stop asking me about it.  No, I am kidding, my job involves shopping.  No, not really, I am actually unemployed."

After the cleanliness test, the secret shopper must test the friendliness of the store employees.  This can only be accomplished by initiating small talk with every employee possible.  One bad way to start the small talk is by saying, "Hello, I am a secretive type of person and I want to talk to you about everything."  An even worse way to start the conversation would be saying, "Hypothetically, how would you treat me if I were here strictly to evaluate your friendliness?"  Of course, if those are two bad ways to start a conversation, some people might be wondering if there are even any options left.  After all, how else can one begin a conversation?  I suggest something simple, like:

When the secret shopper reports back to his or her secret boss, I imagine that the boss doesn't have a face in order to maintain the secretive nature of this industry.  I also assume that the boss uses a voice distortion device.  At the end of the day, when the interaction between the secret shopper and secret boss takes place, it is the culmination of an important day of secrets.  All the secret shopper can do now is go home, turn his or her phone back on, and wait for the next important assignment.  In the meantime, we should be aware that our best friends, our relatives and even our pets could very well be secret shoppers and we just don't know it.  Until the truth is revealed, I am going to put together a secret committee to investigate... 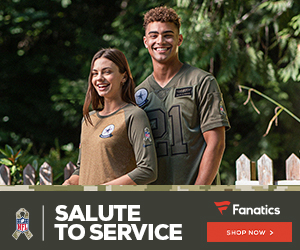